Belated Happy New Year to all. Hope it has started in the way you want it to carry on. In most cases this is seldom so. December brings much merriment but it comes at a price….literally. Excessive spending, eating and drinking leads to a tiptoe into January carrying debt a belly and a butt that Santa would be proud of Ho Ho Ho.. F2F cannot help with the debt but the belly and butt…come on down to the best workout in town. Remember to get the real benefits of F2F you need to be attending the class twice a week.

DANGER: The year started with the passing of one of FIT2FITE’s finest, David “Danger” Malcolm. One of the most genuine and committed individuals to wear a F2F vest. The fundraiser in February 2017 on his behalf was excellently attended and the contribution from the F2F family and friends via Greg and Ross’s networks generous..

NEW ZEALAND: Next up was the launch of FIT2FITE in New Zealand. Hosted by Chris Bennett and Family Greg travelled to the North Isle Auckland and spent 2 weeks teaching Karate and working with NZ Karate Internationals Sian and Zack Scott as master FIT2FITE Trainers for the country. Greg said, “the ability and skill of these two athletes is exceptional, they are the perfect ambassadors for NZ F2F”.

Other highlights of the year includes the first F2F Bronze grading, fundraiser for F2F athletes competing at the World Junior karate Championships, the legendary Summer Sizzler and of course F2F Instructor Claire Burton winning the World Natural Body Building Championships. We also had the re- branding of FIT2FITE with the introduction of:: The FITE, F2Flexibilty, F2Floorcore. F2F HIIT

A fantastic evening with FIT2FITERs and friends from far and wide packed into Sidney’s Wine bar, Ilford, Essex. On entrance all were greeted with a Mince Pie and Prosecco and the warm smile of the beautiful F2F welcoming party, Theresa and Shahin. The F2F’s Greg was on the wheels o steel spinning FIT2FITE classics till the arrival of Sandra C the funkiest DJ in the land. The transition to Sandra from Greg allowed a wards to be given out in three Categories:

The awards were presented by Greg in the only way he can articulately and emotionally and all those present were moved by the genuine warmth generated by the recipients and the presenter. A true sense of family. The night proved to be an outright success with a commitment to a similar event in the Summer. 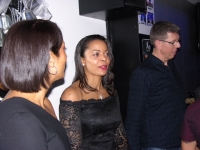 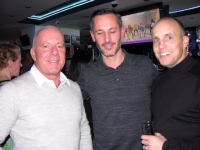 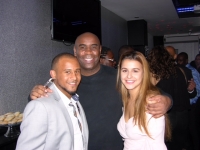 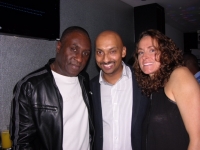 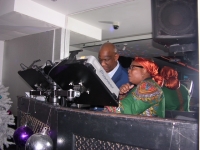 The morning of the event began with relentless snowfall, but with all the best stories the “show must go on” and those who could make it …did. Although there was a short delay in starting the staff at Becontree Heath Leisure Centre ensured everything was up and running and by 10.15am all was good to go. Greg opened the event with Matt Spriggs, Centre manager and Fit2fite Instructor. The new branded F2F components kicked off with Greg delivering a Christmas themed FIT2FITE class and with the help of the immeasurable Dianne Reilly rolled into the FIT2FITE HIIT class, a bodyweight ballistic circuit that is measured and manageable for all. No one is left out at FIT2FITE. Dianne and Greg worked alternately motivating and entertaining throughout this demanding phase of the day.

The class then eased into F2Flexibility with Dianne providing her Pilates/Yoga fusion to stretch out and relax the body before the second phase of the Frenzy. Lunch was enhanced by a Krav Maga demonstration by Shihan Matt Spriggs 6th Dan and Jason Duck, both are also F2F Instructors. Matts demonstration of core F2F techniques delivered and countered in a street situation was enlightening and breathed life into a group starting to feel the rigours of the day. England Karate Junior Internationals JJ Francis and Lauren Salisbury provided a jaw dropping competition karate based demo of F2F techniques. We wish JJ and Lauren the best of luck at the European Championships next month in Russia,

The afternoon kicked off with F2Floorcore a mat based, body conditioning routine working Muscular Strength and Endurance. Greg moved methodically across all body parts ensuring no muscle was missed. From the floor to the feet with the introduction of the FITE ” for the first time to the frenzy, The FITE is the brainchild of F2F Founder Greg Francis , a speed and stamina based Fight workout mixing dynamic hip movements with with elongated kick/punch combinations.Explosion and ballistic movements are emphasised over a 30 minute time slot. The concept was well received. The music as always lifted the fatigue with the feeling of family pulling everyone along. The day ended with Greg’s Zen like F2Flexibility session., The marriage of dynamic and passive stretches, mellow music and soothing commentary eased everyone into a reflective mood and a sense of achievement of a job well done.

The FIT2FITE team would like to thank our sponsors: 3NESS Luxury Fitness Weekenders, Elite, Nutrition and Nutribombz for their support and contribution to making the day a success. Big thanks to Matt Spriggs of Becontree Heath Leisure centre who helped organise the event and arranged for Nicole Fox of Everyone Active to attend and assist with the Karate athletes applications for training and financial support..

Finally thanks to Greg, Dianne, the F2F backroom staff and to you all who attended and enjoyed the Ultimate Christmas Conscience Clearer.

On the subject of Greg we could not close out 2017 with out mentioning Greg receiving the British Empire Medal (BEM) in the 2017 Queens Honours list fir his work in the Civil Service amongst other things. Congratulations Greg and well done. 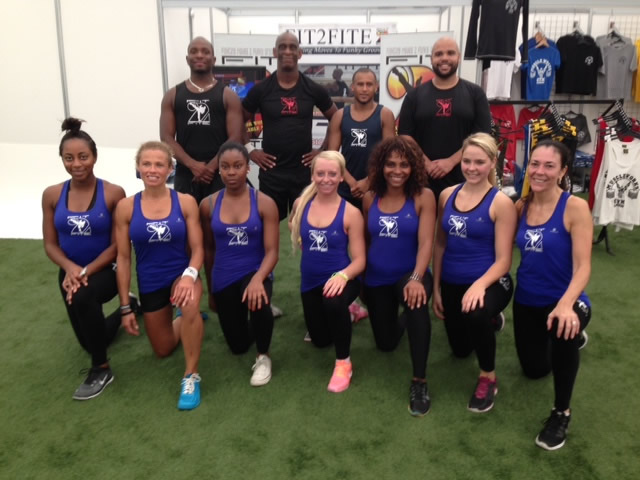 There are two Instructor Courses Scheduled one in the North East on 18th March and in London/Essex in April.

Greg for the third years will be teaching on the Ultimate Karate Fighters Boot camp hosted by Dr Wayne Otto O.B>e. The event is the premier karate training camp that incorporates the best of the Karate world can offer. Top , Coaches Competitors and Fitness professionals all in one place to produce a theatre of excellence. Greg will be teaching FIT2FITE’s the “FITE” and Karate with this esteemed group. 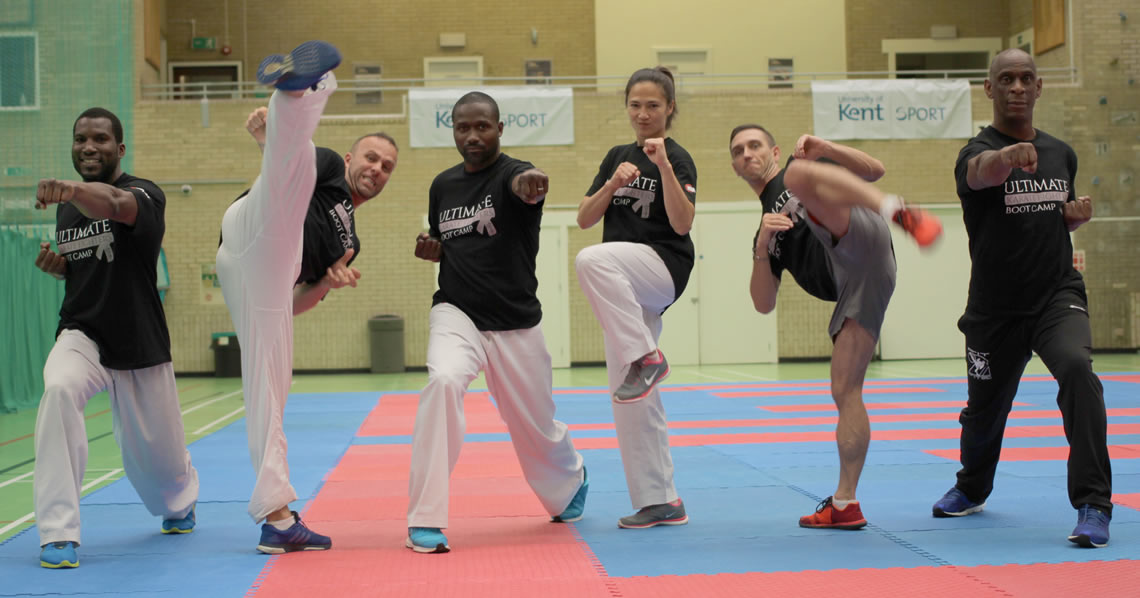